For Stephen Curry, 31, faith is vital on and off the court.

The Golden State Warriors star guard, known for sinking three-pointers, and executive producer of the recent faith-based film, “Breakthrough,” shared about his Christian faith on the fifth episode of “Stephen vs The Game” on Facebook Watch.

In his Twitter bio, the six-time NBA All-Star lists “Believer” before anything else, along with the Bible verse Philippians 4:13, a portion of which — “I can do all things…” — he writes on his sneakers.

“Faith to me is believing in the unseen and having a conviction that there is a higher power that has given me a purpose to what I am doing on this earth, and for me that is the foundation for how I try to live my life,” said the investor in Active Faith, a Christian sports apparel brand.

The son of former NBA star Dell Curry and brother to Portland Trail Blazers guard Seth Curry, he grew up in a family that went to church Sundays and Wednesdays. But, even more than that, his mom woke him up early every morning to do devotions before school. He said it wasn’t until eighth grade that the NBA star’s faith became real.

“I felt a calling, went down to the altar, and gave my life to Christ and that became the beginning of my own personal journey,” Curry said.

“I think my faith, it’s about the personal relationship more so than following a certain religious tradition or religious practice,” he added. “I challenge you to make sure you’re feeding your spirit with the right things versus what this world’s throwing at us — constant, constant battle…and it’s only that much more serious because I have three kids that are going to be watching every move that we make.” 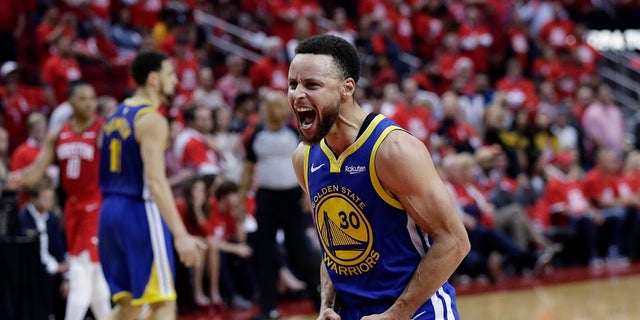 Curry said he tries to take advantage of every opportunity he has to share his faith, but more than anything he adds that he wants his actions to speak for themselves.

IRAQI CHRISTIAN SURVIVES BEING BURNED ALIVE BY ISIS 3 TIMES: ‘[JESUS] SPOKE TO ME’

And through the “Make A Wish Foundation” and other ways, he says he knows this life is not about him but about what he can do for others.

“Everything happens for a reason,” Curry concluded. “I’ve been put in certain situations in life and have these type of experiences for a reason, it’s just a matter of recognizing it or not. That’s the lens I’m living life through and it’s not just about me.”

The Warriors face off with the Toronto Raptors Wednesday night in the NBA Finals Game 3.