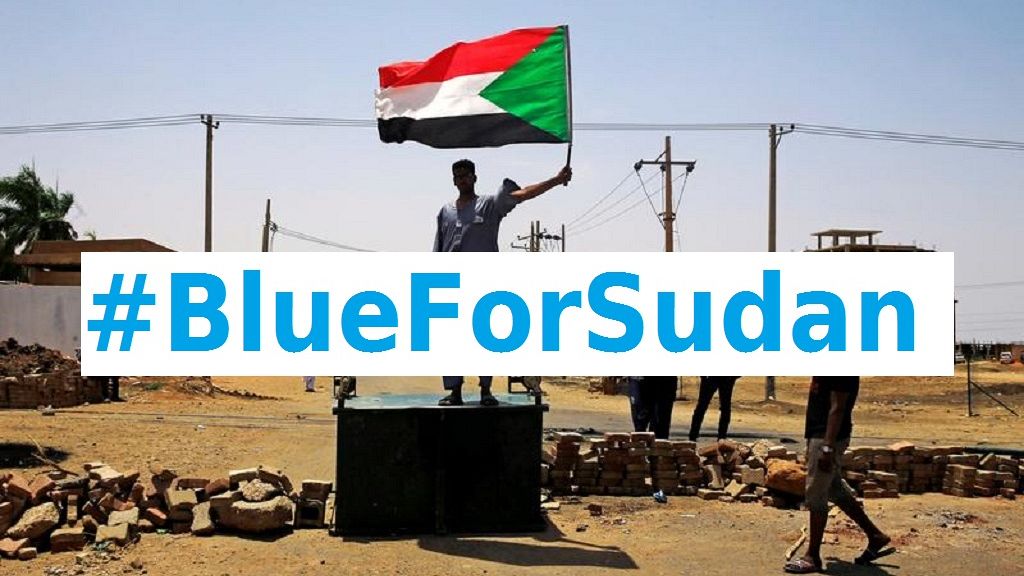 Even as talks between Sudan’s Transitional Military Council, TMC; and protest leaders get restarted, reactions to developments in the country continue gain traction on social media.

Amid the ongoings is a recent launch of #BlueForSudan campaign which calls on people to change their social media profile photos to plain blue as a sign of solidarity with pro-democracy forces.

The campaign was started to honour one Mohammed Mattar who was one of the victims of the June 3 Khartoum massacre when security forces broke up the sit-in. The hashtag has since gained traction with people heeding and urging others to do same.

We are #BlueForSudan. The military must end the violence. The international community must do all it can to ensure a peaceful transition to civilian rule.

In the midst of the push, ‘The Elders’ have waded into the campaign. “We are #BlueForSudan. The military must end the violence. The international community must do all it can to ensure a peaceful transition to civilian rule,” the group said in a tweet on Friday.

The tweet was accompanied by a Nelson Mandela quote which read: “The real makers of history are the ordinary men and women…their participation in every decision about the future is the only guarantee of true democracy and freedom.”

They also included a link to their June 7 statement titled: The Elders call on Egypt’s al-Sisi to uphold AU commitments on Sudan transition. The Elders are a group of independent global leaders working together for peace, justice and human rights. It was founded by Nelson Mandela in 2007.