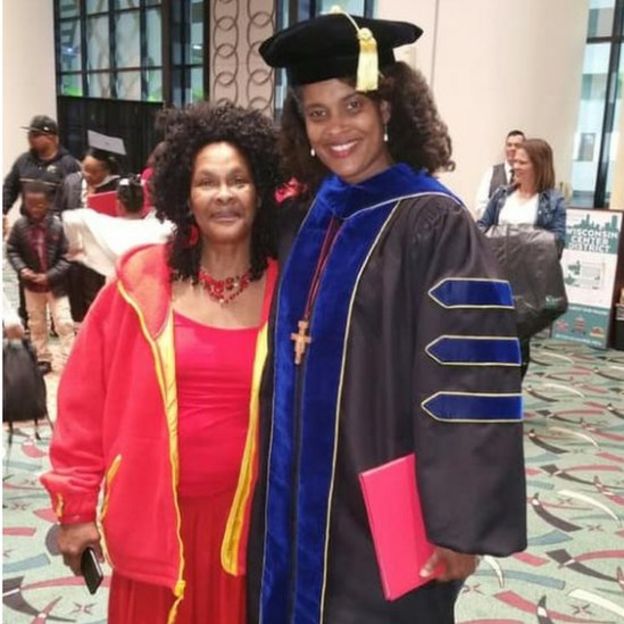 The 46-year-old has used her experience to research black names and how they affect the education of children in the United States.

Recalling that first conversation as a child with her mum about why she had been named Marijauna Pepsi, she says: “My mother told me that your name will take you around the world.

But instead of changing it she decided to be proud of the name she was given and refuse to let it hold her back.

Marijuana Pepsi Vandyck says she spent her life being made fun of because of her distinctive name.

“Marijuana is unusual and then you add Pepsi to it and the comments just didn’t stop and they still don’t stop” she told the BBC.

“They would ask to call me Mary, and at first that was fine until I won a school spelling bee. I came home with my certificate, and my mum hit the roof when she saw the name on it read Mary Jackson.

“She told me never to let them call me Mary ever again and then she went up to the school and demanded they change it. She wasn’t playing.”

Even though I had issues with my name I had never given much thought to how it might affect others” she says.

On the first day of term while working as a teacher, she recalls a colleague complaining to the principal after seeing a list of the students she would be teaching that year.

“I’m asking the others what happened and they were like, ‘Marijuana look at the names, it’s the names, she can tell from the names she’s got the black kids’, and it clicked and I thought this is ridiculous, I’m going to write about this.”

She is now married and living with her husband and son in Illinois, working on a programme to help college students.

“We’re human, when we first hear a name, we form opinions, and judgements. It’s the next thing that one does that makes a difference.”