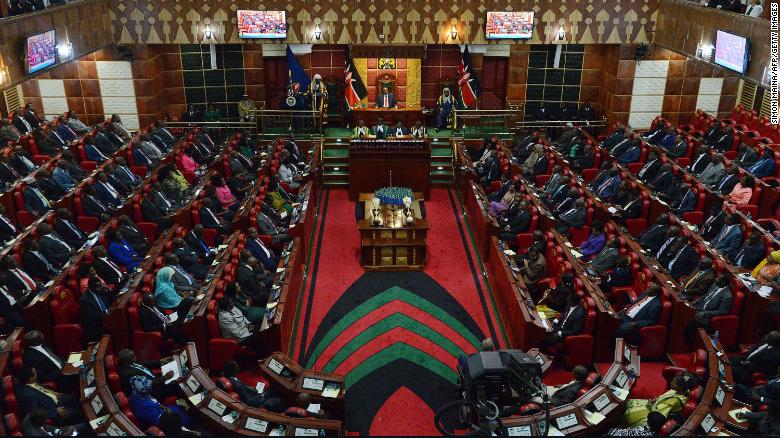 A general view taken on March 26, 2015 in Nairobi shows the Kenyan parliament, as President Uhuru Kenyatta addresses two Houses the Senate and the National Assembly.

Nairobi, Kenya (CNN)Kenyan Member of Parliament, Rashid Kassim, has been arrested after being accused of causing “actual bodily harm” to his female colleague, the Kenyan Police Directorate of Criminal Investigations (DCI) said.

In a video circulating on social media, MP Fatuma Gedi said she was walking out of the Parliament in Nairobi Thursday morning, when she met Kassim, who she says confronted her over why she did not allocate money to his constituency. 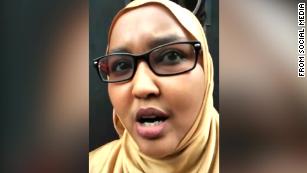 A short clip circulating on social media showing Kenyan MP Fatuma Gedi speaking after allegedly being assaulted by fellow MP Rashid Kassim. In the clip, she claims that he called her stupid and struck her twice. CNN has reached out to MP Kassim but have not gotten a response back.
Gedi said after explaining her position, she was told she was “stupid” and was struck several times in the mouth and jaw. “And then he hit me, he punched me here,” Gedi said, gesturing towards her mouth. “And then again, and I was shocked.”
MP Sabina Chege is the Muranga County Women’s Representative and said she was a witness to the alleged assault.
She told CNN on Friday, “Mr. Rashid was complaining about funds allocation for his constituency by Hon. Fatuma Gedi who sits on the budget committee, she told him the issue was before the public participation committee of which Rashid never attended.”
She continued, “He became agitated and started hurling insults at the MP and then he hit her, not once but twice slapped on the face.”
Chege said she and other MPs stormed out of Parliament during the next session in protest.
“This came as a shock to all of us, it’s bad and demeaning, how can a Member of Parliament be attacked inside the precincts of the house,” she said.
“It’s sad that male Members of Parliament are threatened by our presence, they are thinking we are taking their territories and they are not ready to accommodate powerful women leaders coming up. Instead of being scared they should all do their job of service delivery like we do, not hit women. No,” Chege added.
CNN has attempted to contact the accused MP Rashid Kassim for a statement but is yet to receive a response.
The Kenyan Police Directorate of Criminal Investigations (DCI) said “further investigations are ongoing.”
In 2018, male MPs in Kenya made headlines after they said Chege violated the parliamentary dress code by wearing a short-sleeved blouse. 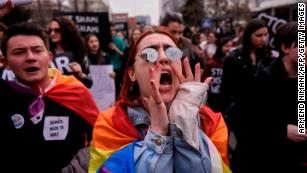 No country will achieve gender equality by 2030
Women hold less than a third of elected seats in the country’s parliament even though the Kenyan 2010 constitution says not more than two-thirds of elective public office holders should be of the same gender.
Efforts by female lawmakers, pushing for the enactment of the bill that could help Kenya achieve gender parity in its government have so far been unsuccessful.
There have been concerns in recent weeks about the rise in gender-based violence after a spate of high profile killings involving women.
In March, hundreds of women and activists took to the streets of Nairobi and Mombasa to protest against gender-based violence. They called on the government to do more to give women justice and to do more to stop the rising violence.
“There is a war against our bodies, there is a war against Kenyan women and together we are raising our voices to say no to this femicide and violence against women,” said Renoh Amollo, one of the women who took part in the march.