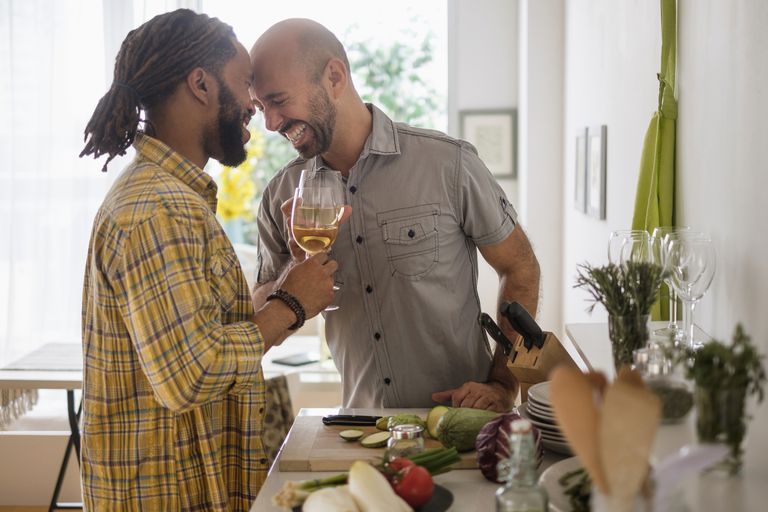 In the United States, gay men are at a disproportionately high risk of getting HIV and AIDS.

In 2015, 68 percent of all U.S. HIV infections affected men who have sex with men. The risk is even higher for gay black me.

There are several reasons why gay and bisexual men are at higher risk of HIV than their straight counterparts. Some of the reasons are biological. Certain types of gay sex are more likely to transmit HIV than others. Let’s end here!!

REAL PROBLEM WITH GAY IS SELF ESTEEM.

According to Attitude’s Editor-in-Chief, Matt Cain, “There is an epidemic of gay men taking shirtless selfies in the gym, desperate for affirmation.”

He said, “Gay people often don’t feel accepted. But, the thinking goes, if people think you’re good-looking, they like you. They look past your sexual orientation.”

David Leveseque, a gay vlogger who recently posted a video on this topic, told me, “I’ve definitely had an unhealthy relationship with my own body in the past, and I think Matt Cain is right.

Part of the obsession some gay men have with their appearance definitely comes from seeking validation.”

David also thinks the LGBT community is judgmental about appearance.

“Right now, the scruffy muscular look is popular,” he said. “If you don’t have a six-pack, you’re not hot.”

Body image is an issue for many men, regardless of sexuality.

But it seems to be more of a problem in the gay community.When it comes to appearance, gay men hold themselves – and one another – to far more exacting standards.

I know people who spend four hours a day in the gym. They go for two hours in the morning and two in the evening. I would understand if they were athletes, but they’re just regular guys.

Some people even abuse drugs, like steroids, so intensely that they end up looking like ninja turtles.”

One Grindr user said, “It’s not great for your self-confidence if you don’t fit into the mould. It definitely affects people negatively.

As one told me, “what’s seen as normal in straight men isn’t the same with gay men. “You can be ‘straight thin’, but ‘gay fat’.”

LGBT people face a greater risk of developing mental health issues, with a new report suggesting that as many as 40% of LGBT community suffers mental health problems.