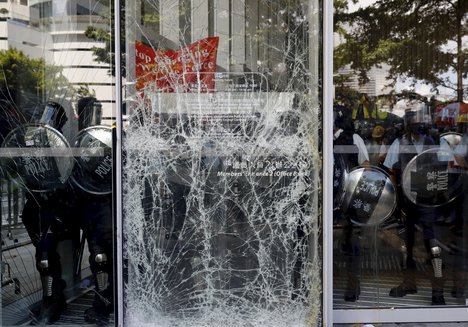 A group of protesters has stormed the Hong Kong governmentheadquarters, smashing glass doors and prizing open metal shutters to enter the building, then spray-painting slogans on the walls of the Legislative Council chamber.

The semi-autonomous city marked the 22nd anniversary of its return to Chinese rule on Monday,

“The government didn’t do anything when two million people asked them to. This is why we’re taking further action,“