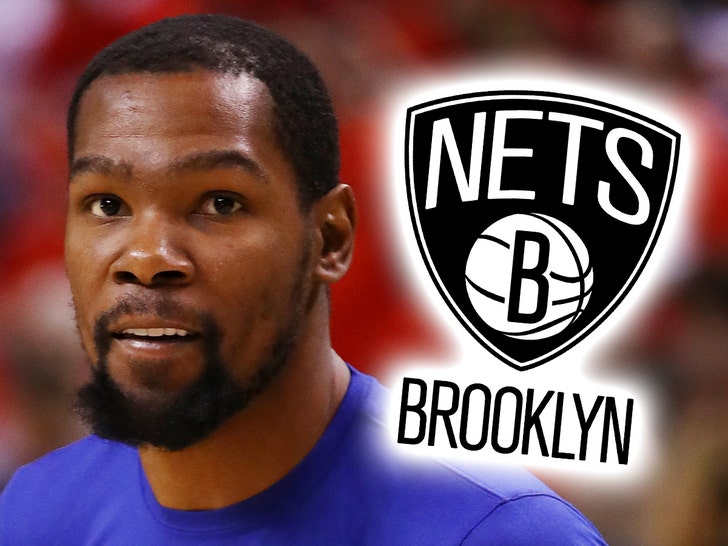 Kevin Durant has had it with the Golden State Warriors … ’cause he says he’s taking his talents across the country to the Brooklyn Nets to play alongside Kyrie Irving.
KD just made the announcement Sunday evening via “The Boardroom” Instagram page — the sports show he created, which is similar to LeBron‘s “The Shop.” Speaking of Bron, Kevin’s roll-out of his “decision” is very reminiscent of LBJ’s take in 2010.

According to reports, Kevin is signing a 4-year, $164 million deal with the Nets, while Kyrie’s going for 4 years at $141 million. DeAndre Jordan is also reportedly joining them.
This, of course, follows KD’s horrific season-ending injury in the NBA Finals just a few weeks ago — when he ruptured his Achilles tendon after coming back from a previous calf injury.
Kevin’s leaving tens of millions of dollars on the table by not re-signing with the Warriors — a team he just went to three straight Finals with, walking with two Finals MVP awards and two rings. Some reports suggested KD was unhappy with the way the team handled his injury.
That’s all in the past now though, and even the 2019-2020 season is somewhat moot … seeing how he’s not expected to return to the court until the start of the 2020-21 season.
When he does come back, ya gotta like the Nets’ chances to make the Finals out of the East. Oh, and sorry Knicks fans … rough off-season for sure.