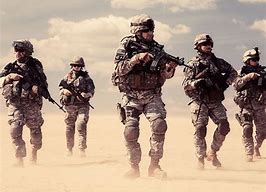 “A recent poll pointed out that the world leaders believed “America has spun off its axis and is out of control.”

We should know that a great civilization is not conquered from without until it has destroyed itself from within. The essential cause of Rome’s decline lay in her people [and] her morals.

I could not agree more on this truth.

Is there any hope for America?

Are things going to just get worse?

Will our streets ever be safe again?

Will we ever see good prevail over evil?

Or are we doomed to failure?

Have you thought to yourself what the world will look like without America in the picture? This is how one well known organization called he National Get Organized for an ACTUAL Revolution said it,” This flag so soaked in the blood of ‘barbarity and hypocrisy’ will burn in symbolic places around this country. This will be a bold statement of truth and a declaration that we have had enough; and a clarion call to revolution and the emancipation of ALL humanity.”

for just a moment what the world might be like without good old’ Uncle Sam? Some claimed that picture isn’t going to be tool pretty. Absent U.S. leadership, diplomatic influence, military might, economic power and unprecedented generosity, life aboard planet earth would likely be pretty grim.

The heritage terms it like this,let us never forget, especially today, that despite the name-calling, the jeers, the petty jealousies, we’re the envy of the world – and rightfully so.

The fact is that no matter what anyone says: No country has given so much to so many so often – while asking for so little in return – for so little gratitude than this great country of ours. So Happy birthday, America! Stand tall and proud – you’ve earned it.

The Harvest term is like this,This nation of ours, against all odds, was formed in 1776. It was founded with a faith in the God of the Bible, and that faith provided our foundation. It was from that foundation that our freedom was born.

Patrick Henry, ratifier of US Constitution, wrote, “It cannot be emphasized too strongly or too often that this great nation was founded, not by religionists, but by Christians; not on religions, but on the gospel of Jesus Christ. For this very reason, peoples of other faiths have been afforded asylum, prosperity, and freedom of worship here.”

These are scary times.

A recent poll pointed out that the world leaders believed “America has spun off its axis and is out of control.”

The answer for all of this is found in the book that most of us have in our homes—it’s called the Bible. The Bible is the one book that dares to predict the future—not once or twice, but hundreds of times—with 100 % accuracy.

The Bible tells us that in the last days (which I believe we are in), there will be “distress of nations,” with no way out.

Yes, imagine a world without America—because that day is coming.

I say that because in the last-days scenario, the United States of America is nowhere to be found. Israel is mentioned, as is Iran. You can make a good case for China and Russia being mentioned too. But there is no mention of the reigning superpower of the world, the USA.

In our absence, imagine a world where evil is allowed to spread unabated. A world that ultimately pledges its loyalty to a man who will make Hitler look like a lightweight. He is called the Antichrist.

That is what is coming, perhaps soon, to Planet Earth.

We sing, “God bless America, land that I love, stand beside her, and guide her, through the night, with the light from above.” We are in that night in America right now and we desperately need that “light from above.” Not some nebulous, “whatever you conceive God to be” spirituality. We need to turn back to the true and only God. The God of Abraham, Isaac, and Jacob. The God who gave us His Son, Jesus Christ, to die on the cross in our place.

For if America does not turn back to the true God, I fear that His judgment is coming. Billy Graham said, “If God does not judge America, He owes Sodom an apology.” Listen to God’s assessment of their sin: “But now I see that the prophets of Jerusalem are even worse! They commit adultery, and love dishonesty. They encourage those who are doing evil so that no one turns away from their sins. These prophets are as wicked as the people of Sodom and Gomorrah once were” (Jeremiah 23:14 NLT).

God zeroes in on specific sins in Sodom. According to Ezekiel 16:49, “Sodom’s sins were pride, gluttony, and laziness, while the poor and needy suffered outside her door.”

If these are not descriptions of our country, what are?

The “pride of Sodom” was a nationalistic one. Sodom was a city-state, its own kingdom. They felt strong, indestructible. But God’s judgment fell in full force upon them. They were destroyed on the outside because of the breakdown on the inside.

Look, judgment is coming to this earth, and it may be sooner than we think. We are praying for at least one more revival in our country before that happens.

The greatest revival in human history happened in the great city of Nineveh. The population of Nineveh was probably around 1 million. Yet this great awakening swept through the entire city.

“Is anything too hard for the Lord?”