While the language and imagery in Nyanzi’s poetry may seem shocking, she said this “rudeness” is “the only option.”
“Politeness has been taken, it’s been held captive, and they don’t listen any more. So sometimes all you have to say is ‘f*** it!'” Nyanzi said about the Ugandan government, slamming down her fist. “And then people will hear and take you seriously.”

“I wish the infectious dirty-brown discharge flooding Esiteri’s [Museveni’s mother’s] loose pussy had drowned you to death / Drowned you as vilely as you have sank and murdered the dreams and aspirations of millions of youths who languish in the deep sea of massive unemployment, and under-emplyment (sic) in Uganda.” 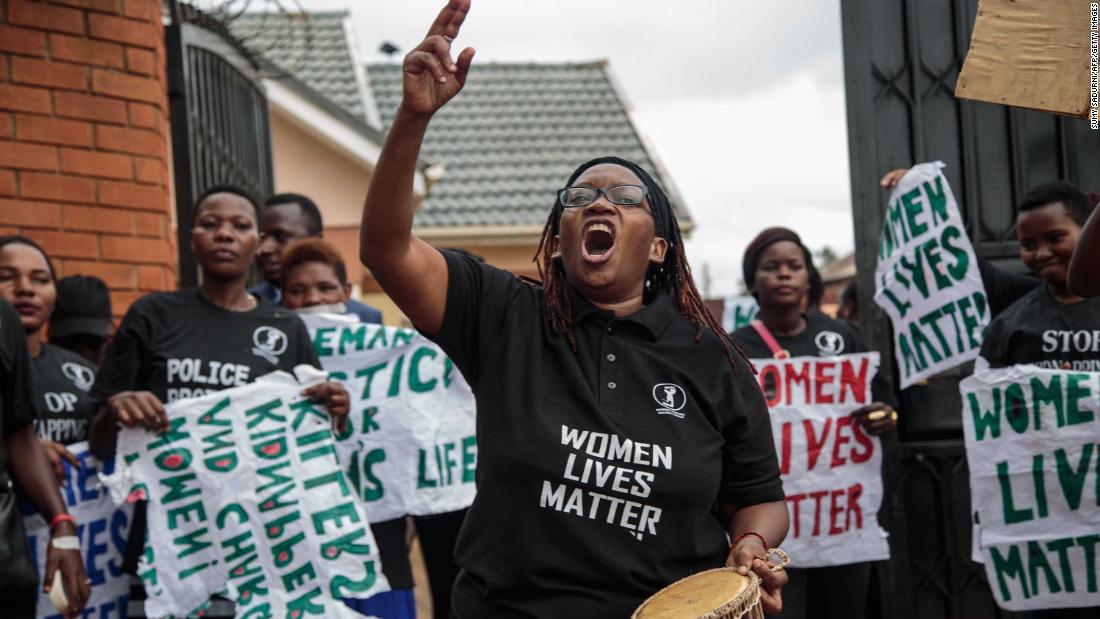 Stella Nyanzi, center, leads a protest over the handling of police investigations into murders and kidnappings of women in Kampala in June 2018.
“Radical rudeness,” which began as a form of anti-colonial dissent in Uganda, calls the powerful in society to account through public insult. Over the past year, two other women have been arrestedfor using similarly rude rhetoric to criticize the government — one for allegedly threatening to hit the President with her genitals. The women, who were protesting the arrest of the musician-turned-politician who goes by his stage name of Bobi Wine, both retracted their comments. Ugandan women have also used nudity as a form of protest in recent years.
In 2015, a group of older women in rural northern Uganda stripped in front of police and government representatives to demonstrate against attempts to remove them from their ancestral land.
“Older women are no longer in need of the acceptance of society, so they will swear and walk away, and men will listen,” Nyanzi told CNN. “I don’t get inspired by high and mighty women, it’s everyday women. It’s grandmothers, stepmothers, second wives, all swearing at their men”. 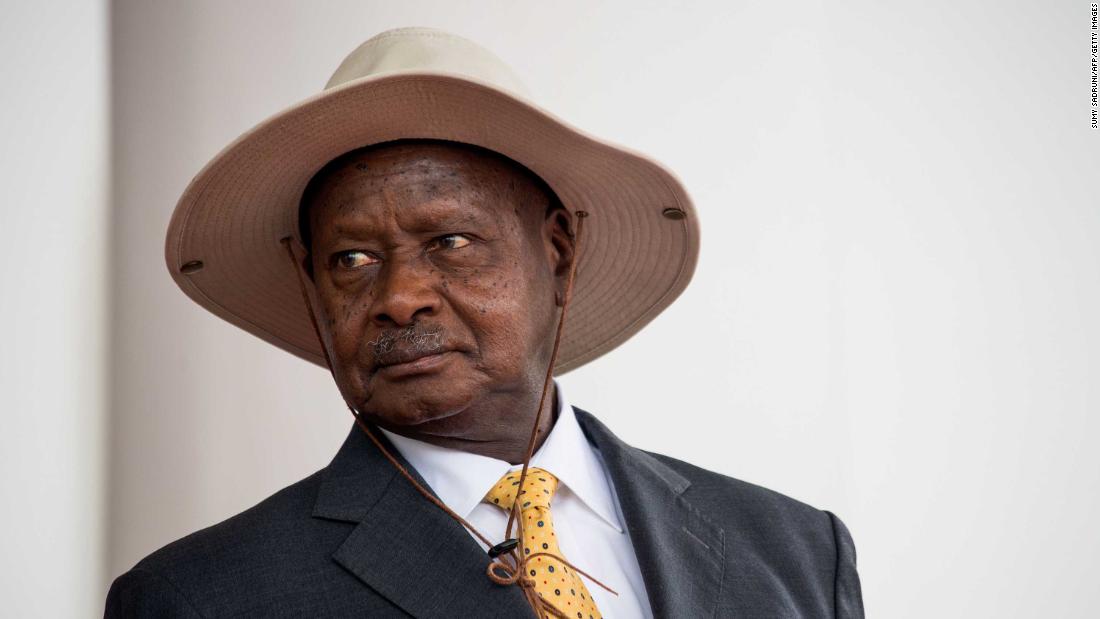 Ugandan President Yoweri Museveni.
But “radical rudeness” can be dangerous in an environment where civil liberties are increasingly being called into question. As well as Nyanzi’s arrest in November 2018, last year the Ugandan government amended the constitution to remove the presidential age limit, imposed a “social media tax” that critics say is an attempt to hinder freedom of speech online, and was implicated in the alleged torture of Bobi Wine.