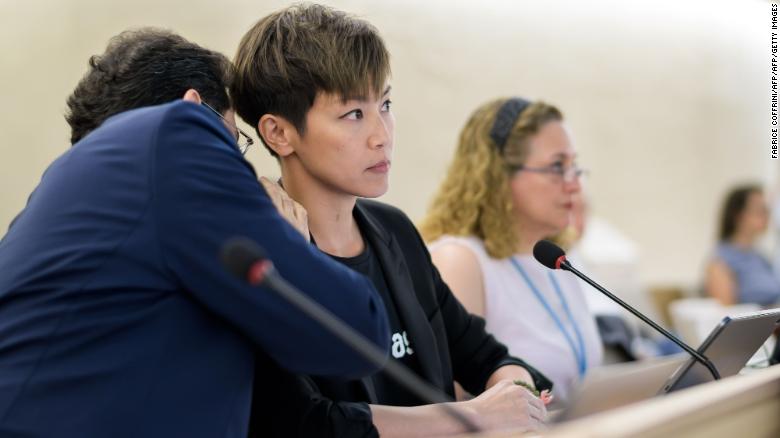 China’s delegation interrupted Ho’s speech twice by raising procedural motions. First, it accused Ho of violating the UN constitution by referring to Hong Kong as a country rather than a part of China and asked that she use “wordings that conform with UN rules.”
The Chinese diplomat used the second motion to accused Ho of “baselessly” attacking the “one country, two systems” arrangement under which the city is governed.
Ho ended her speech by asking the UN to convene an urgent session to “protect the people of Hong Kong” and remove China from the UN Human Rights Council.

Hong Kongers have been protesting in huge numbers over the past month against a controversial bill that critics say will put political activists and business people at risk of being extradited to mainland China.
The Hong Kong government says the bill merely closes a loophole to allow suspected criminals to be extradited to territories where it doesn’t have formal extradition deals, including Taiwan, Macau and mainland China.
After the protests, Hong Kong’s leader Carrie Lam suspended the bill. While she didn’t give a timeline for the resumption of debate on the legislation, she indicated that it was unlikely to pass this year.
Denise Ho told the UN Human Rights Council in Geneva that China had reneged on the commitments it made when it took control of Hong Kong in 1997, echoing the concerns of millions of Hong Kongers who have joined mass protests in recent weeks.
“The Vienna Declaration guarantees democracy and human rights. Yet in Hong Kong, these are under serious attack,” Ho said in her short address to the UN body.