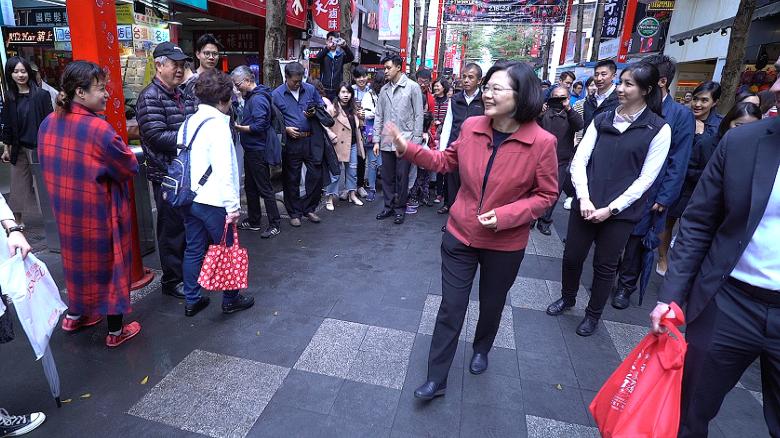 As the first woman to be elected Taiwan’s leader, Tsai was carried into office on a swell of anti-Beijing sentiment following attempts by the Kuomintang party to move closer to China.
But her popularity has fallen steadily in the face of domestic opposition to her policies and a struggling Taiwan economy battling to keep up with the mainland.

“With China becoming increasingly strong and ambitious, we are faced with growing threats,” Tsai said.

“Our challenge is whether our independent existence, security, prosperity and democracy can be maintained. This is the biggest issue for Taiwan.”
“If it’s Taiwan today, people should ask who’s next? Any country in the region — if it no longer wants to submit to the will of China, they would face similar military threats,” said Tsai.

But it was the election of Tsai and her historically pro-independence Democratic Progressive Party (DPP) in 2016 which sent relations between the two governments spiraling.

Beijing has placed mounting diplomatic and economic pressure on Taiwan, conducting live-fire drills in nearby seas and flew H-6K bombers and surveillance aircraft around the island.
In January Taiwan held military drills intended to ready its troops in the event of an invasion from the mainland. Photos showed dramatic images of helicopters and artillery launchers conducting live-fire exercises.
Tsai said she was strengthening Taiwan’s military capabilities in the face of China’s rapid modernization. She said Taiwan was “on alert 24/7” for the first sign of a Chinese strike.