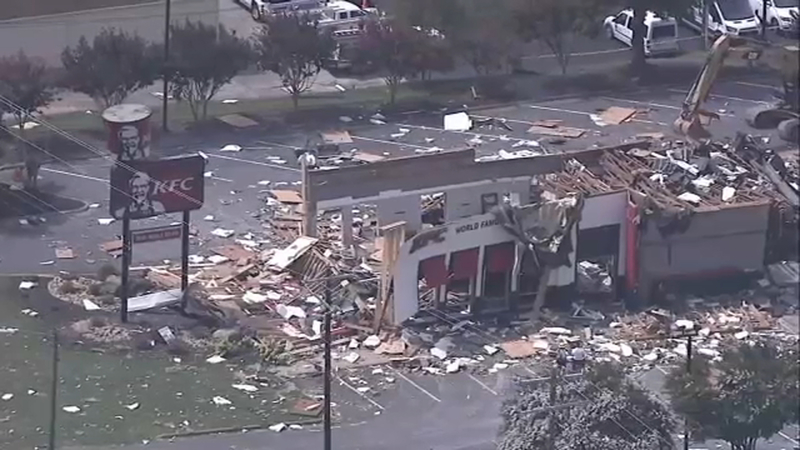 Updated an hour ago

Video showed the aftermath of the explosion, with all that was left standing was the sign and the facade.

An employee told police he was locking up when he smelled gas and alerted his manager.

They both evacuated the building, but before the gas company could arrive, the building exploded.

Officials in Rockingham County say the blast damaged nearly all the surrounding businesses.

No one was hurt in the incident.

There are more developing news to this story and we will continue to follow up on this as our sources reveals more.