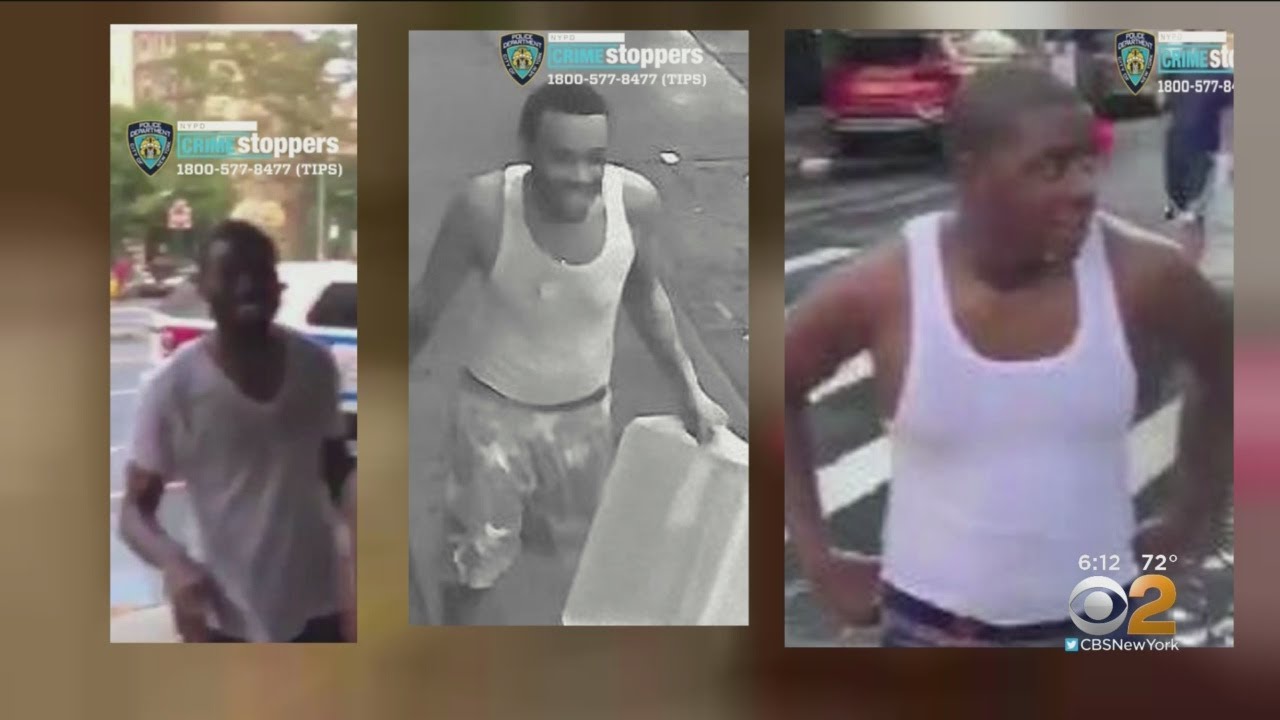 What can we say to this video, and its many views in less 5 minutes. Whoever watched this video can tell there is NO RESPECT for the NYPD Police. Just imagine the younger generation were doing that to the Police. Everyone knows that the NYPD is a total trash because of how they operate within the communities. They’ve a very bad reputation with the communities, and nobody within those major boroughs trust none of them not even the baby born today. They’ve been label to be very unprofessional and highly racist towards people of color.

One clip even shows a soaked cop getting beaned in the back of the head with an empty, red plastic bucket while the cop and his partner were handcuffing a suspect on the hood of a black car.

Both videos show bucketfuls of water hurled toward cops as onlookers watch – and in some cases laugh or prance in glee.

The incident in which the cop was hit with the bucket took place at 115th Street and St. Nicholas Avenue, sources said.

The 19-second video shows a man pick up the bucket and hurl it at the cop, prompting several bystanders to exclaim, “Oh!” as it bounces off his head.

NYPD Chief of Department Terence Monahan posted a still image of the ricocheting bucket on his Twitter account, where he called the video “reprehensible.”

“NYC’s cops & communities have made remarkable progress — together — but EVERY New Yorker MUST show respect for our cops. They deserve nothing less,” he wrote.

It’s unclear when the Harlem incident occurred, but sources said the other one took place sometime after 4 p.m. in near 1400 East New York Ave. – little more than two blocks away from the 73rd Precinct station house in Brownsville.

The 33-second video shows two cops in sopping-wet uniforms walking away as water flies through the air toward their backs.

At one point, a young man runs up behind one cop and dumps a bucket of water over his head.

One of the cops recently graduated from the Police Academy and the other has about a year on the job, sources said.

Neither notified the NYPD about the incident before the video surfaced on social media, sources said.

A police source blamed the incidents on the NYPD’s “hands-off approach to these guys” under Mayor Bill de Blasio.

“Who does that in their right frame of mind? People who believe there’s no consequences,” the source said.

“There’s total anarchy out here. This is very sad.”

An NYPD supervisor also warned, “Today it’s a bucket of water. Tomorrow it could be a bucket of cement.”

That remark referenced the 1993 slaying of city Housing Authority cop John Williamson, who was struck and killed by a  30-pound bucket of spackling compound tossed from a Washington Heights rooftop amid unrest that began when the NYPD began towing illegally parked cars.

The head of the NYPD Police Benevolent Association called the water bucket attacks “the end result of the torrent of bad policies and anti-police rhetoric that has been streaming out of City Hall and Albany for years now.”

“We are approaching the point of no return.  Disorder controls the streets, and our elected leaders refuse to allow us to take them back.” PBA President Patrick Lynch said.

“As police officers, we need to draw a line. In situations like this, we need to take action to protect ourselves and the public. The politicians may not care about the dangerous levels of chaos in our neighborhoods, but police officers and decent New Yorkers should not be forced to suffer.”

The Twitter videos each racked up more than 60,000 views in their first five hours online.

An NYPD spokesman said the department “is aware of the videos and is looking into it.”